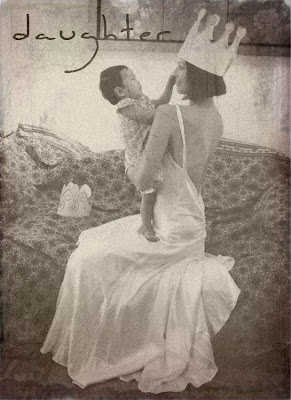 Of course, one of my greatest inspirations these days is my own adoptive daughter. I hesitate to use the phrase "my own", because I know that some adult adoptees object to that term on the basis that the child does not "belong" to the adoptive family. Of course she doesn't, any more than any child "belongs" to their parents. A child is (or becomes) their own person. That is the goal. They are formed in certain ways by their family, by genetics and by way of influence, but ultimately (if you're doing it right) they become their own person. I don't argue with the stance of adoptive children who feel oppressed by their adoptive parents, but I think that it would also be a disservice on the part of an adoptive parent to refuse to call their child "mine". That seems hurtful to me, at this early stage of life when it is extremely important to a child to be included and deeply loved by their family. So I will continue to call her "mine" out of respect and love until she desires to be her own person, at which point I will, with great joy and respect, release her into her own life, and hope to learn from her personal journey.

My career in illustration began shortly before the turn of the century (isn't it strange to say that? The century is still too new to allow for comfort within that phrase), when I fell in love with hand drafting (now largely a lost art) and then architectural rendering, while studying for my certificate in interior design at the NYSID. From architectural and interior rendering, I moved into straight commercial rendering (though again, I am in the minority in that I work entirely by hand rather than on the computer). The move into children's illustration came rather late in my career, and stemmed partly from the ocean of superb children's literature that I survived on as a child, and partly (though I didn't realize it at the time) from my burgeoning desire to raise a child of my own. 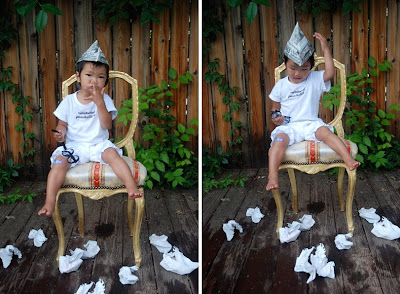 Q inspires my work on a multitude of levels, imaginary, actual, active and visual. We also sometimes set up our own little fairytales of an afternoon, imaginary play which I imagine she interprets in her own way, and I in mine. 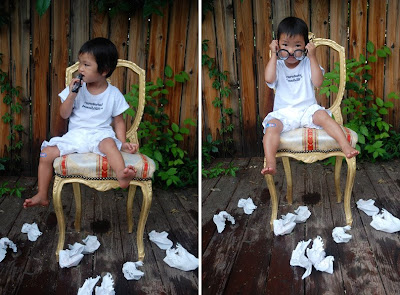 I will be interested to know, someday, what her mind conjures when we act out these scenarios, and how her imagination differs from mine. It is a creative process for both of us, a living thing, and I look forward every day to the paths on which it will take me next.
Posted by Maia at 8:15 PM

I am a children's fashion illustrator. In addition to my own shops, I have worked on commission for numerous designers including Anais & I, Enchanted Enfant, Le Vestiaire de Jeanne, Loup Charmant, Suvi Ainoa, Naive Days, Mini & Maximus etc. I do lookbook illustrations, website illustration, silkscreen illustrations, ad images, paper dolls and book illustration. I also illustrate for a number of magazines including Babiekins Magazine, La Petite Magazine, and Dream Journal.